Shelley Miller and Chris Geisler came into the studio one afternoon and blew me away. Their sheer raw musical energy combined with killer lyrics got this old man on his feet and dancing. What a great band Soft Ledges is. You can catch this energy at their album release show December 4, 2016 at Elastic Arts. 3429 W. Diversey, Chicago, IL 60647 #208 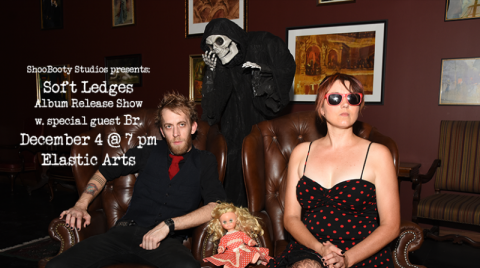